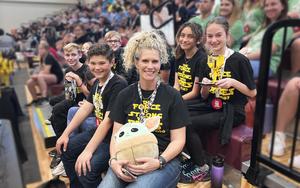 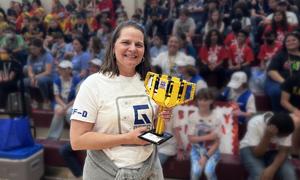 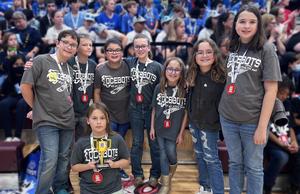 Nine teams from Comal ISD participated in the First Lego League (FLL) Alamo Region Championship Tournament on April 2, winning three awards. The district was named one of the best districts in the Alamo Region, which encompasses Austin, San Antonio and Corpus Christi.

Rachel Grubbs, coach of the Cyberstallions of Clear Spring Elementary, received the award for outstanding coach and mentor. Ocobots of Oak Creek Elementary received the motivate award, and the engineering excellenece award went to the Trailblazers Chewie of Bill Brown Elementary.

In addition, Comal ISD was named one of the best districts in the Alamo Region for FLL.

The nine teams from Comal ISD that qualified for the regional championships include the following: