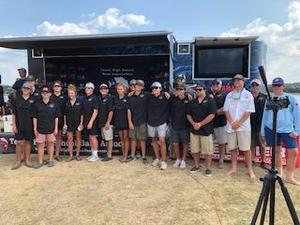 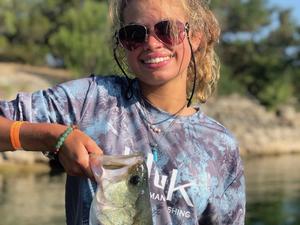 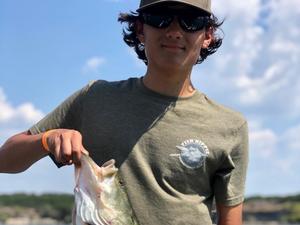 Sure, fishing is an age-old past time, but it is also a competitive sport, and Comal ISD just launched two bass fishing teams. Let's go fishing!

Bass fishing is the latest addition to the Comal Independent School District’s intramural sports program, and its two high school teams are off to a great start. In fact, the Smithson Valley High School team placed second in its first tournament of the season earning a $1,000 scholarship for the duo who caught the second largest bass of the tournament.

With a total of 48 teams from 19 schools and groups competing, SVHS and CLHS had a good showing for their inaugural tournament, said Barry Dodd, a representative of THSBA who is working with the district to get this program started.

“Most of these anglers had never fished together in a tournament,” Dodd said, “and several were still learning how to cast effectively to a specific target. They fished from 6:45 a.m. to 3 p.m. in the hot sun, and they never gave up. I am very proud of their accomplishments.”

Their next tournament is scheduled for Saturday, Oct. 5, at Canyon Lake.

Anyone interested in learning more about this new program, email comalfit@comalisd.org.