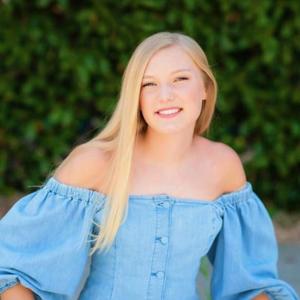 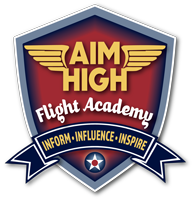 With her selection to this summer's Aim High Flight Academy, hosted by the Air Force Recruiting Service, Amy Schoenenberger will be one step closer to achieving her dream of becoming a pilot and ultimately an astronaut for NASA.

March 23, 2022 - A junior aviation student at Davenport High School in the Comal Independent School District is one of 72 students selected to this summer’s Aim High Flight Academy and is one step closer to fulfilling her dream of becoming a pilot and ultimately, an astronaut.

Amy Schoenenberger, 16, will spend three weeks at Peter Prince Field in Milton, Florida, training to fly a Cessna 172L/M/N in June. When she completes the course, she will have earned 15 hours towards her pilot’s license which requires 40 hours.

“I have wanted to fly since I was five,” says Schoenenberger, who has taken two aviation classes at DHS. “This is a good opportunity for me to get started.”

The Aim High Flight Academy is a science, technology, engineering and mathematics (STEM)-based, aviation-focused, motivation and mentorship program created by the Air Force Recruiting Service. It is designed to expose young students to a career in aviation.

“I am happy for her,” says Ernesto Pliego, DHS aviation teacher. “She is an excellent student, and I am confident she will successfully complete the program.”

She will be working towards that goal this summer as well, attending her third space camp in Huntsville, Alabama, immediately following the Aim High Flight Academy.

Schoenenberger plans to attend college to pursue a degree in planetary biology.